Indonesian Trader – Being a trader will certainly not be easy. Many things must be dealt with and done so that they can achieve profit consistently. If you are a beginner trader, try to learn from the experience of professional traders who have already been involved in forex trading or stocks.

Here are 10 Indonesian traders who are classified as successful and can inspire you. (The order of the numbers below does not mean the highest order, but rather the composition of the writing only)

The first important figure you know is Desmon Wira. A trader who is also the author of stock and investment trading books. Desmon began to be interested in the world of trading in 1997, he began plunging into a trader. Until now, he was able to get consistent trading profits. Desmond’s debut to become a trader begins with a ride on his friend’s account.

V3 Trader or real name Fitri is one of the female traders in Indonesia who has a job as a full-time trader. Fitri’s career began in 2014, although forex trading is a job that she really likes, of course, whatever the job is there will definitely be risks that must be faced. One of the things that are a natural risk for playing forex is the difficulty of being able to regulate emotions that always want to get profits that are in accordance with their wishes.

Hendrik was the next successful Indonesian trader who even won the Best Indonesia Trader in 2009. Hendrik’s early career began with trading transactions with Loco London. But not easily get a profit, because he also had time to get even large amounts of loss.

Is he desperate? Of course not. After experiencing a loss, Hendrik continued to learn how to get maximum profit. Until finally he was able to reach the level of profit which was even more than 360% of the period when Hendri had just started trading in 2008 to 2009.

Next is a successful trader who came from Surabaya but has long lived in Singapore. Lee is a trader figure who is very well known for his trading technique, Lazy Trader. Lee also briefly published a book that discussed forex trading based on the techniques he did. Lee’s trading techniques include CATS, COMMO, Hayabusa, Composite, and Bulletproof.

Secundo Lee is a trader who has quite rare abilities, ranging from his greatness in conducting technical and fundamental analysis and even he has programming skills. Even though Lee died on September 12, 2016, all learning about forex trading can be easily obtained through your browser and the book he published.

Sigit Purnomo, an honorary teacher from Cilacap who also works as a trader since 2007. In the world of trading, bites are known as Ninja Traders. He has successfully published 4 books containing strategies and psychology of forex trading based on the personal experience he has been through. Sigit is already very active in the trader community and starts sharing his experiences even further through his personal trader blog.

Agus Purnomo, who is from the city of Kediri, East Java, is a mathematician who also deals with the trading world, especially in the stock market. At first, he knew the capital market since he was in college, from a beginner trader who carelessly traded only based on feeling and gambling which caused many of his stock positions to be related and loss at that time. From this experience, it is increasingly honing him to trade properly and apply risk management to become a professional trader.

It’s rare if there is a reliable trader who is also an expert in mathematics. Because of his expertise and dozens of years of experience in the world of the stock market, Agus Purnomo and his team created the TRIJAS SYSTEM technique, which is a breakthrough in trading stocks with artificial intelligence or commonly called Artificial Intelligence (AI), which are major institutions such as JP Morgan and Goldman Sachs also implemented this AI system to analyze a movement in the stock market.

Agus Purnomo is currently active in Trading for Living.

Next is a full-time trader from the city of Tangerang. Rico Ferdinand’s name is known to many Indonesians who are in the field of trading.

Ellen is a stock trader practitioner and also the owner of PT Ellen May Indonesia. Profit is the thing that makes Ellen very interested in the world of trading. 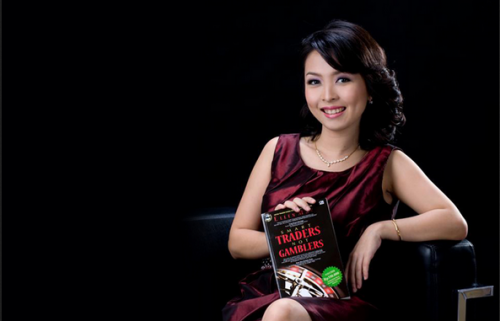 She even stopped trading when there was a crisis in 2008, because of that Ellen suffered a loss. But the situation then turned around until Ellen managed to get profit in 2013. According to her, the secret to being successful in trading is the strategy and psychology that can be controlled.

He worked in the trading world in 2005 by trading shares. Hary also started his career on the American exchange. In 2006, Hary began to be active in the Indonesian stock exchange.

Harry Suwanda along with two partners who are also Forex experts trading through Gainscope Fxdd, in 2008 had delivered several of his students to become world champions of prestigious forex competitions with big prizes.

The last figure is a trader who is also a famous musician. The beginning of his career in the world of trading Kevin also had experienced ups and downs many times.

Until now Kevin is still active in the world of trading, although he still often gets up.

That is the story of the 10 most successful Indonesian traders that you can make role models to learn forex with more diligence. Because technology is increasingly sophisticated, you don’t have to worry about not getting information about the successful traders above.

Related Post "The Story of the 10 Most Successful Indonesian Traders"

Helpful Habits Required for Traders to Be Profitable in Foreign Exchange Trading:

FX Trading – Prime Tricks to Think about
Forex Signal 30 is the best forex system since 2009 and has been used by thousands of traders from around the world to generate profit in forex trading. This system is created by our team of Brilliant Forex Signal Team, this system is made as simple as possible for beginner and professional traders.
« Prev