Pound Sterling Has High Exchange Rate, Is this a Pair of Currency?

Pound Sterling Has High Exchange Rate, Is this a Pair of Currency? 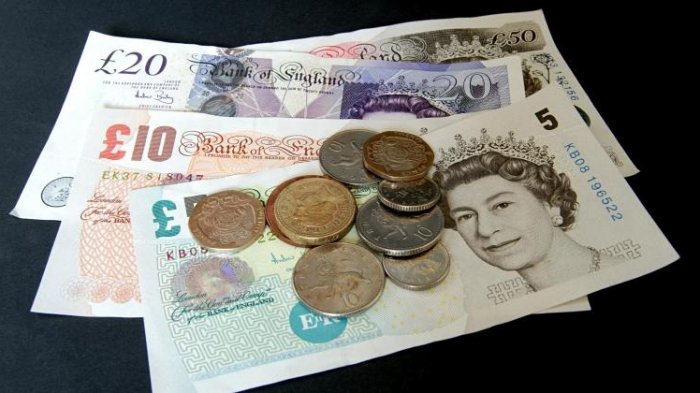 Pound Sterling Has High Exchange Rate, Is this a Pair of Currency

One of the most regulated currencies and “flying hours” in the forex market is Pound Sterling. This British currency becomes the main currency pair in the forex market which is symbolized by GBP. Therefore, it is not surprising if many other pairs of currencies are interested in becoming a pair. Some of the GBP pairs are GBP / USD, GBP / JPY and EUR / GBP.

GBP has its own story in the history of the world economy. This is caused by GBP which was once the most dominant currency in the world before finally being occupied by the US dollar . Each currency has a central bank that regulates, including GBP, which is also regulated by the BoE or the British Central Bank.

About the British Pound

GBP which is a line of major currencies that are widely traded in the forex market.Even though you have a high value, you still have to prepare before starting trading with a GBP pair. There are several things that need to be considered before you start a pair using GPB.

Over the past two decades Britain has been said to have enjoyed economic growth consistent with the record of the global debt crisis and recession that occurred in 2008. Inflation also colored the old issues in the UK, even British inflation had reached 8% in 1990. Britain in general has pro-business policies and are the main rivals in the fields of banking, pharmacy, finance, advertising and accounting. This may be caused by the UK which has a globally competitive workforce.

If the US is the UK’s main partner, Europe will be the main source of import and export demand. European economic conditions and political policies have a significant impact on the condition of the British economy. So, if you are a GBP trader then you must follow or monitor the European zone economic data in addition to the UK Economic data themselves.

GDP economic data, retail sales, industrial products, inflation and the trade balance are important for you to monitor. As an investor who trades GBP, you need to pay attention to all aspects that might affect GBP movements such as interest rates, labor information to news of natural disasters and new government policies. All of these things have a significant impact on the exchange rate.Others, because the UK is a country that also has high value in the commodity sector, so traders also need to pay attention to the value of commodities such as oil, gas and others.

Britain is also one of the global investment destinations and the flow of funds from outside certainly affects the interest rate. The UK has significantly become a favorite investment destination for New York, especially in increasing capital and other activities that also affect this currency.

The best time to trade with GBP should be after economic data is released along with the opening hours of the UK capital market. GBP cross pairs will respond sharply to news from the UK and the country of origin of the currency pair. This moment can be a high opportunity for traders even though it is followed by a high risk. GBP cross pairs are also sensitive to macro events that arise in the political and economic fields that trigger a series of price movements in the stock market, global currencies and bonds. One example is the Chinese Yuan in August 2015, which made GBP / USD enter in consolidation at a high level. The big tsunami that shook Japan in 2011 also affected the value of GBP which has a pair with JPY.

Unlike stocks that have certain times for transactions, forex can be traded for 24 hours from Monday to Friday. But this votality and trading volume will certainly experience a cyclical change in 24 hours. Traders can open close trading positions at any time, even though it is more effective to hold a strategy in the active market period only. When entering normal conditions, GBP cross pairs are most active in European and American sessions, especially in the overlap between the two. However, considering that GBP is sensitive to news, it is not uncommon for a surge to occur when important news is released in Japan.

This point applies to all major currency pairs such as GBP, EUR, JPY or other. This trading fee includes Spread, Commission Fee and Swap. Especially for spreads, the basis of determination is liquidity and many traders translate it. When viewed from this context, GBP is only the number four currency in the major currencies so that the spread for the GBP pair is much higher than the major pair holding the USD.

Related Post "Pound Sterling Has High Exchange Rate, Is this a Pair of Currency?"

eight Errors To Keep away from In Foreign Exchange Trading

The best way to become profitable on the Forex Online market?

Millionaire Foreign Exchange Trader Shares Secret Technique For First Time!! Nice Broker Beneath
Forex Signal 30 is the best forex system since 2009 and has been used by thousands of traders from around the world to generate profit in forex trading. This system is created by our team of Brilliant Forex Signal Team, this system is made as simple as possible for beginner and professional traders.
« Prev

Get to know Foreign Exchange Transactions
Next »

Consider These Aspects Before Choosing a Forex Broker