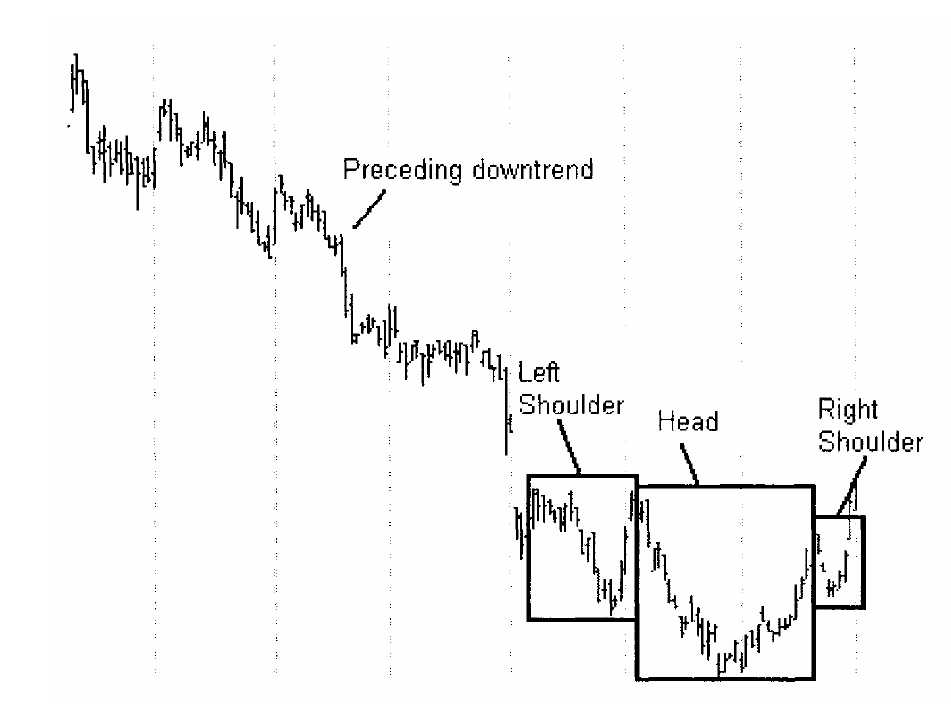 How the Triple Top Pattern Forms

A Triple Top pattern, as the name implies, occurs after an uptrend and is comprised of three peaks (i.e., tops) at approximately the same price level.

Picture an uptrending market with successive peaks and troughs each reaching higher than the previous. A sign that this upward momentum is slowing occurs when the latest peak fails to rise above the previous peak and then falls back to around the same level as the previous trough. If the next rally fails to exceed the two previous peaks, then we have the makings of a Triple Top Pattern.

As with the Head & Shoulders Top pattern, the forces of supply and demand are in relative balance. Once the distribution phase has completed, a support line along the lows of the horizontal trading range is broken and a new downtrend is established. This new downtrend will have descending peaks and troughs in the opposite direction of the trend that led up to the pattern.
The illustration below shows the formation of a Triple Top pattern. 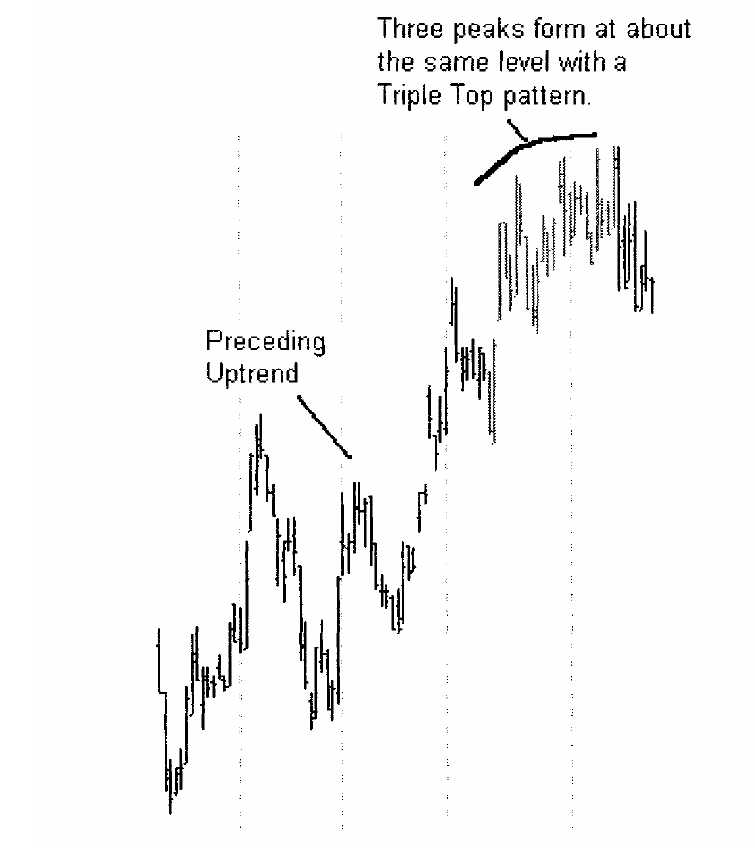 Often, after the breakout occurs, prices rally back up to the support line (which now acts as upside resistance). From here, prices fall off and the new downtrend ensues.

Summary of Rules for a CPR Triple Top Pattern

Can the Trial Model of the Forex Online Megadroid Present Its Actual Accuracy?

Types of Chart Patterns
Next »