Disputes between Ukraine vs. Russia are one of the hottest topics in late February 2014 to the present. All news on the internet and financial markets is constantly discussing the problems of these two countries.Then the Crimea region in Ukraine became suddenly famous for being a disputed territory between Ukraine and Russia. What’s the matter with the Crimea region? Why does Russia want the area so much? Here are some reasons:

By law, the Crimean region on the Black Sea peninsula is part of Ukraine. But the Crimea also has a strong cultural relationship with Russia. In 1994, a memorandum was made by Russia along with the United States, Britain and France. This Memorandum states that Crimea is an autonomous republic in Ukraine which has its own parliamentary elections. The Crimea also has its own president even though it was finally removed in 1995. Since then, the Ukrainian government finally appointed a special prime minister from Crimea. In addition, Crimea has its own legislative body and executive power.

Crimea is an important region in Ukraine because it occupies an excellent strategic and geographical area. The Crimea region has an area of 26,000 square kilometers, almost entirely surrounded by Ukraine. . Another advantage of Crimea is that it has the same climate throughout the year which is one reason Russian leaders insist on keeping the Crimea in their territory. 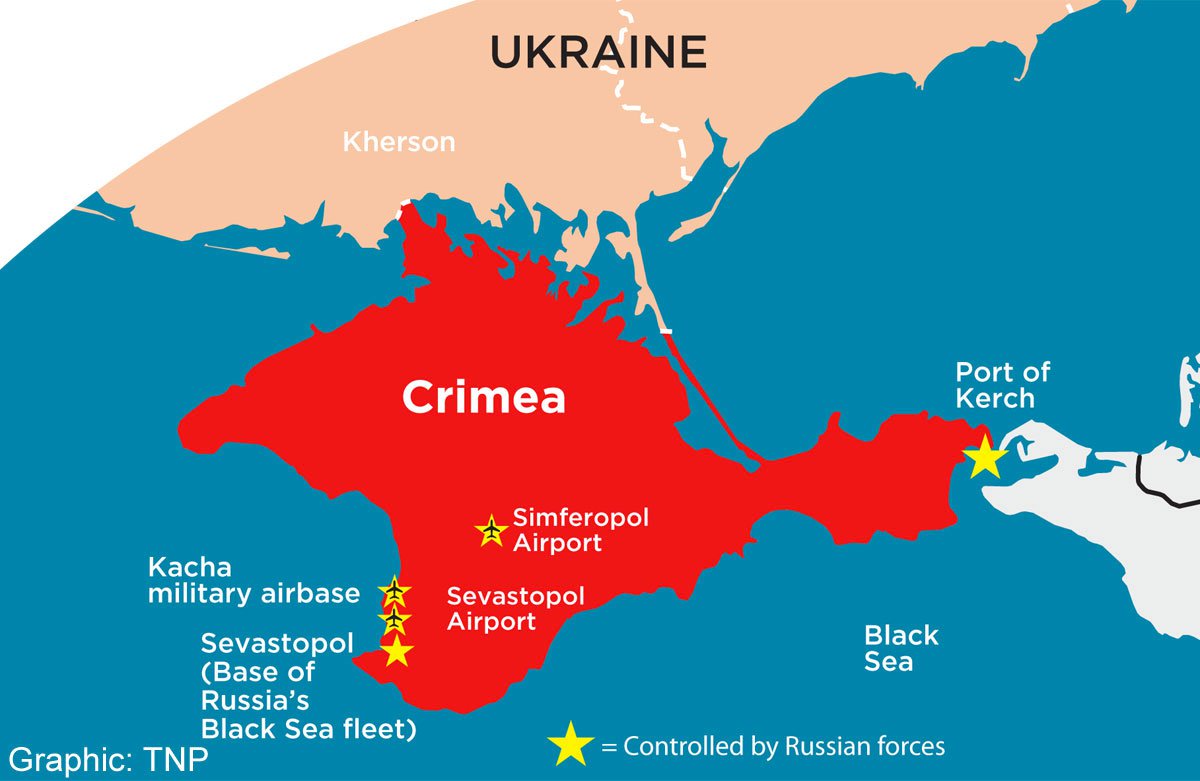 Although the whole world recognizes Crimea as part of the Ukrainian state, the Russian navy has a base of naval fleets stationed in Sevastopol (southern part of Crimea). In 2010 Russia made the agreement negotiations. The results allow the country to share in return for a 40 billion dollar discount on natural gas from Russia.

Russia is the biggest energy exporter in the world, but all depends on Ukraine. Most of Russia’s gas lines are exported to the European Union through Ukraine.

3. Crimea is a producer of corn and wheat

Ukraine is one of the largest producers of corn and wheat in the world. Most of the production is in the Crimea region. Based on Ukrainian government data, more than 50% of the Crimean economy is for food production and distribution industries.  But from the abundance of natural resources of corn and wheat, Crimea must depend on Ukraine for electricity and water because of the semi-arid climate of the surrounding area.

Related Post "The territory of Crimea is a state of dispute between Russia and Ukraine."

Watch out for the Black Swan! Events that can destroy financial markets
Forex Signal 30 is the best forex system since 2009 and has been used by thousands of traders from around the world to generate profit in forex trading. This system is created by our team of Brilliant Forex Signal Team, this system is made as simple as possible for beginner and professional traders.
« Prev

5 Keys to Avoiding Your Forex Trading Failures
Next »

How to Choose the Right Forex Indicator Period