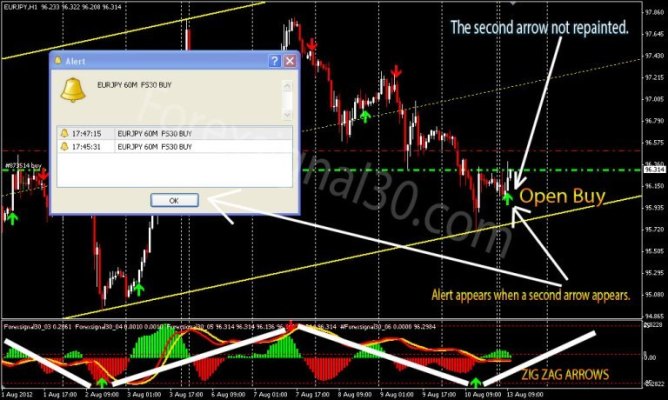 Oscillator indicator is the leading indicator which is most useful in analyzing securities or equity or pair traded in range or not in trend. It can also be used to identify potential upside trend reversals.

The use of oscilator indicators is most advantageous when there is a horizontal trading pattern or ranging or sideways. The oscillator moves higher and lower between overbought or oversold conditions. The oscillator movement also shows a potential turning point for the pair due to overbought and oversold conditions. Or it can be likened to finding an unsustainable level of optimism and pessimism for the pair in question. In addition, oscilators tend to be leading indicators, which is also the reason why they are useless in a trendy market, as they turn around before prices reverse.

There are several oscillation indicators that can be used to analyze non-trending pairs with Stochastic Oscillator being one of the most popular. Other Oscillators include Relative Strength Index (RSI), Rate of Change, Williams% R, and others. Each oscillator has a set of reference levels that will generate incoming and outgoing signals when the price deviates too far from its normal range.

The period of the oscillator is generally preferably smaller than the large period. Shorter oscillator periods will be more sensitive to price changes and will signal a faster turning point. In addition, since the oscillator is the main (leading) indicator, they usually turn around before the price reverses the trend. As a result they should not be used to generate an incoming signal while the pair is still in a strong trend.

Forex signal 30 January 10, 2019
Forex Signal 30 is the best forex system since 2009 and has been used by thousands of traders from around the world to generate profit in forex trading. This system is created by our team of Brilliant Forex Signal Team, this system is made as simple as possible for beginner and professional traders.
« Prev