Have you ever experienced:

Hedging … eee is back in the direction again …

When you open your position and position you are in profit but have not touched the specified take profit, what are the possibilities that will occur?

First, prices continue and your profit is touched. Profit is yes … 🙂

Second, the price reverses direction and the profit you get turns into a loss or even hits the stop loss. Bro, yeah … 🙂

We can avoid events like this by using Trailing Stop. What is trailing stop and how to install it? Let’s learn the application of Trailing Stop in forex trading .

A new trailing stop will be active if your position has already been profit. By working like that, you don’t have to worry anymore about the change in price direction which erodes the profit that has been earned. Because by installing a trailing stop you will not lose even if your stop loss is touched because the installed stop loss has passed the opening price.

So the point is, trailing stop serves to install a stop loss that can change automatically approaching the current price so that if the stop loss is touched, your trading results will still be profitable because the stop loss has passed the opening price of the position.

How to install a Trailing Stop

To install a trailing stop, right-click on the position that is still open, on the shortcut menu that appears select Trailing Stop . Then set the stop loss distance level to how many pips. In a metatrader that uses 4 decimal digits, the minimum distance is 15 pips, while for 5 decimal digits at least 50 pips.

For more details, see the picture below: 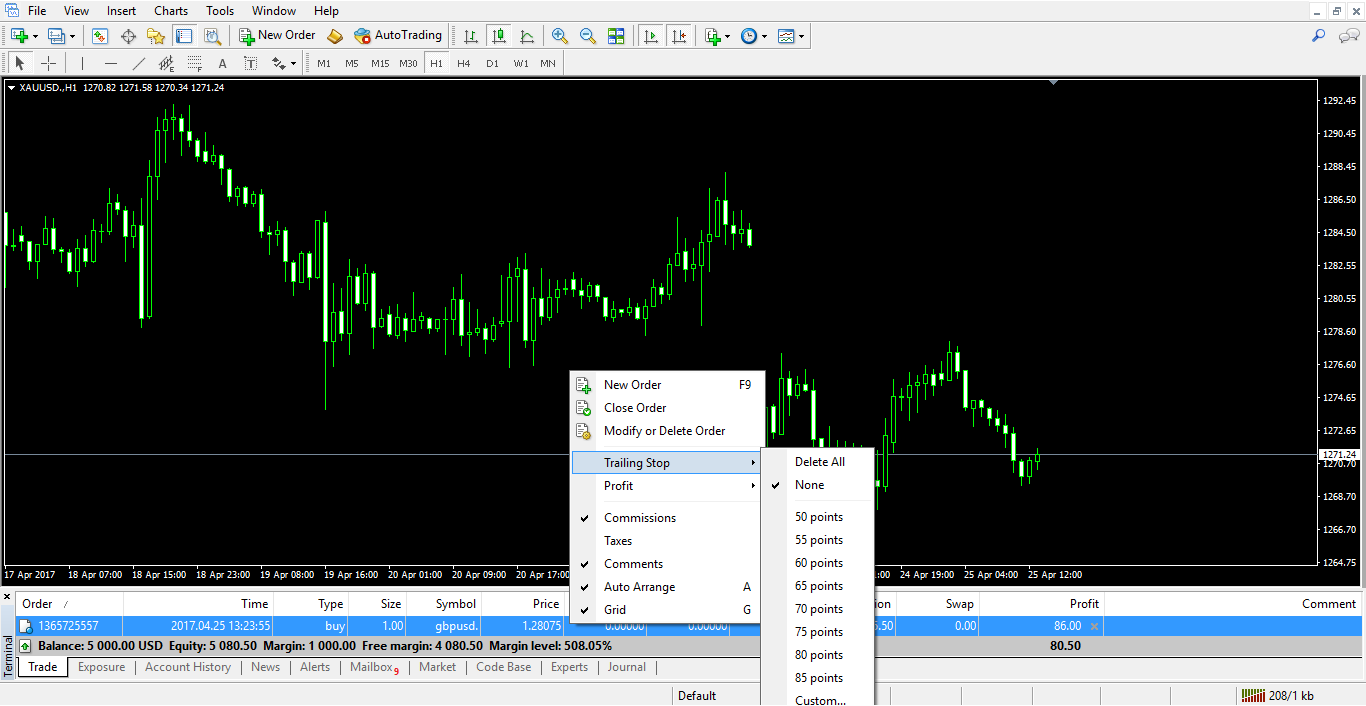 The price continues to move up, the trailing stop will automatically follow. For example, the price moves up to 1.28950 and trailing stop follows and a stop loss is installed at 1.28900 then the price reverses direction and drops until it touches the stop loss installed at 1.28900, the position will be liquidated. So you can see here, even though the open is liquidated because it is touched by the stop loss, but the end result, you still get a profit of 400 pips.

Here is an example of an open position that has been installed trailing stop 50 pips: 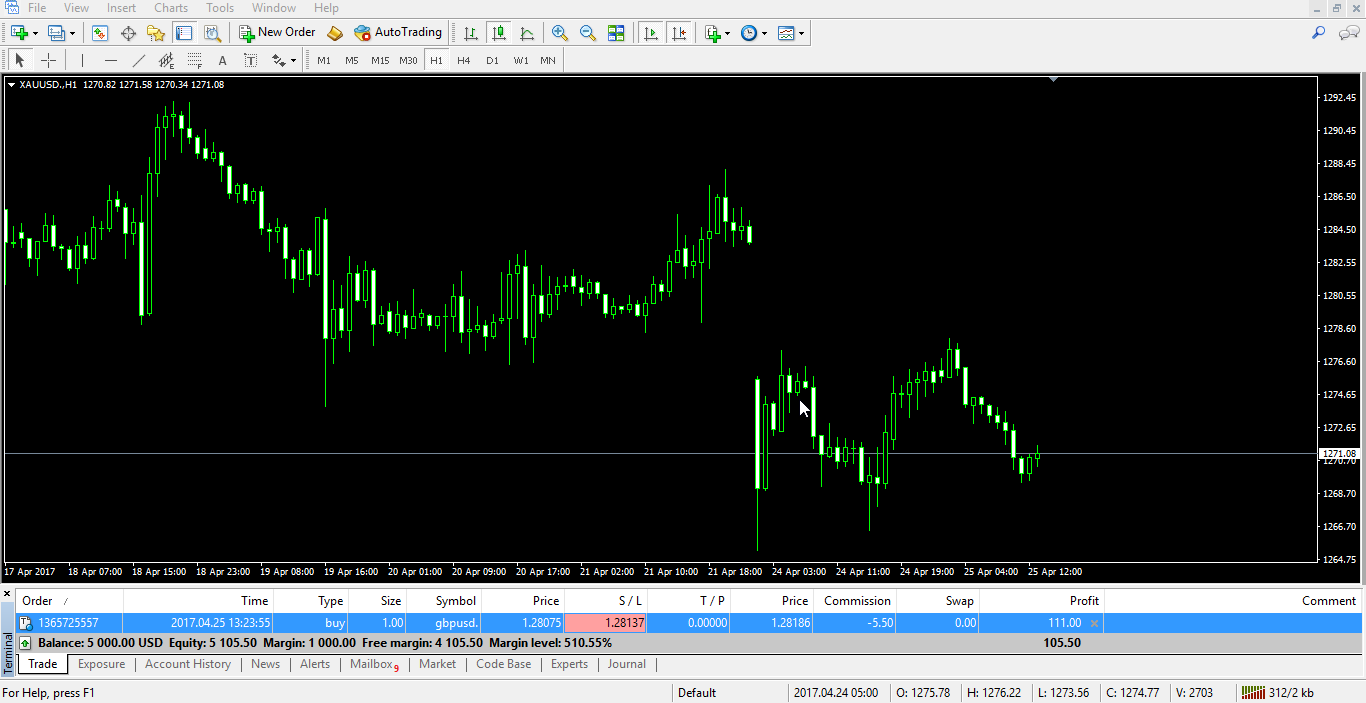