Technical analysis is one of the analytical methods commonly used in forex trading. The benefits provided include enabling a trader to “track” market movements and make decisions based on current trends.Not only trends that can be used as a benchmark, but also many other “tools” such as the introduction of price movement patterns, as well as technical indicators. One of the many “tools” in technical analysis is “Andrews’ Pitchfork”, which we will discuss in this article.

From the name, you might have guessed that Andrews’ Pitchfork was named after the creator’s name. You are right, because the creator is Dr.Alan H. Andrews. He is a physicist who was born from a family close to the financial world. His father was an investment consultant, so almost every day he was familiar with the talk about financial markets. With his intelligence – and his awareness of the importance of education – he successfully graduated from Harvard and MIT, two very prestigious universities in the United States because of their quality.

But Andrews was not alone, he got help from Roger W. Babson and George Marechal.

OK, so what and what exactly is this indicator?

Basically, it is an indicator that can be used to identify support and resistance with the help of three parallel trendlines. The three trendlines are formed from the placement of three reference points after determining a clear trend.

It can be said that this indicator is similar to a channel, except that it has three lines, while the channel generally has only two lines (top and bottom). The three lines on Andrews’ Pitchfork were obtained using three reference points which were significant points and valleys.

Following is the appearance of Andrews Pitchfork with three reference points which are significant peaks and valleys.

The line that is in the middle of the formed channel is called the ” median line “. That is why this method of analysis is often referred to as ” median line studies “. In Andrews’ Pitchfork, the median line is called “helve” , while the two channel lines that are above and below are called “teeth”(teeth). Pitchfork itself means pitchfork in Indonesian, so that naming “stalk” and “tooth” refers to the shape of a pitchfork that has stems and teeth. Both “teeth” are actually channels, where the lines above are resistance while those below are support.

After pitchfork is well illustrated, the next step is to try to find opportunities to sell or buy. To trade, you can use the area between along the channel, or you can wait until one of the channel lines (teeth / teeth) breaks to apply breakout trading.

The method that is also often used is bounce trading by utilizing the channel as support and resistance and helve ( median line ) as a pivot .

There are some basic rules that apply to trading based on Andrews’ Pitchfork:

In the next article we will discuss the example of applying trading using Andrews’ Pitchfork. 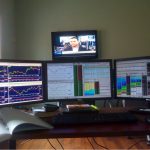 Forex|September 18, 2021
10 Best Free and Paid Forex Signal Providers Users who do not join the paid program are only given limited access to 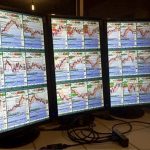 How to get accurate forex signals

Forex|September 18, 2021
How to get accurate forex signals Free Accurate Forex Signals Forex traders make decisions in an extraordinary financial market, which is built 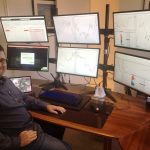 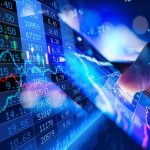 Tips for Success in Forex Trading for Beginners

Forex|September 18, 2021
Tips for Success in Forex Trading for Beginners Forex trading investment is indeed one of the most promising business activities. The traders who are successful with 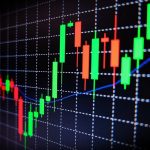 Easy Ways to Learn Forex for Beginners from Scratch

Forex|September 18, 2021
Easy Ways to Learn Forex for Beginners from Scratch Foreign exchange trading or better known as forex trading is one of the most popular types of investment. This