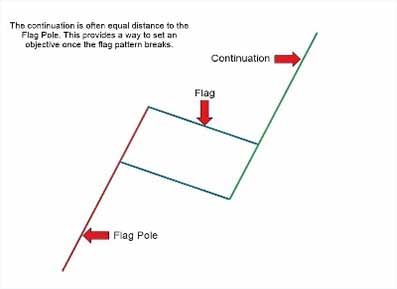 Flags or flag patterns are one of the short-term continuous patterns. This is very similar to the pennant pattern with the “flags” function which is a relatively short period of consolidation after a sharp price movement and marks the midpoint of longer price movements. This is not a reversal pattern. 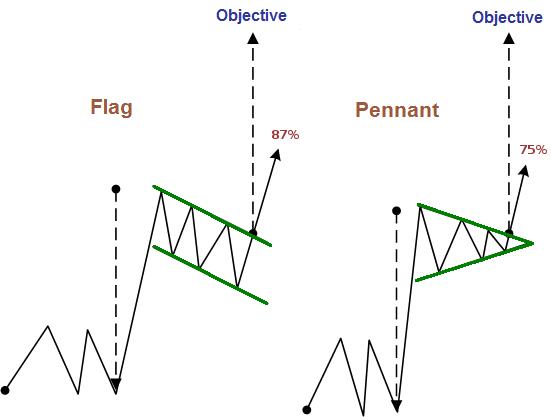 The flags pattern occurs when the graph moves quickly, approaching the vertical price movement followed by stacking or consolidation movements in a short period marked by a lower volume. Early initial vertical movement formed a “flagpole” while the assembled area (consolidated) formed an actual flag. This pattern formation is caused by profit-taking from lucky traders in the right position before the “flagpole” is formed and by traders who missed the initial movement, are now beginning to enter the market.

The candle area is gathered, flags usually take the form of parallelogram that tilts in the opposite direction from the direction of the flagpole or rectangular shape. Usually the consolidation period is accompanied by a decrease in volume until a breakout occurs. Valid breakout motion will be in the same direction as the initial price movement that forms the flagpole and usually occurs after about 8 bar but must be within the maximum limit of 20 bar. If the consolidation phase lasts longer than 20 bar then there is a chance that the momentum that formed the initial price movement has been lost and the chances of the flag pattern itself will fail to increase. This is especially true for bearish flag patterns. 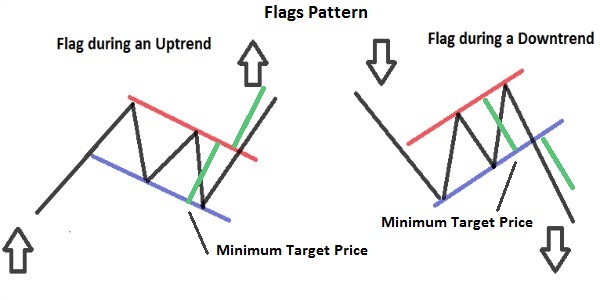 In the flags pattern, the entry signal is given when the price breaks through the parallelogram or rectangle formed during the flags area, the candle assembles. This breakout movement must be in line with the formation of the flagpole. Ideally, the breakout of the flags area should consist of about 8 bars and no more than 20 bars. However, the longer consolidation phase will make the risk of failing the flags pattern even greater. Also, the breakout level should be accompanied by a significant increase in volume. If the volume does not increase, the probability of a false breakout increases and caution is required. 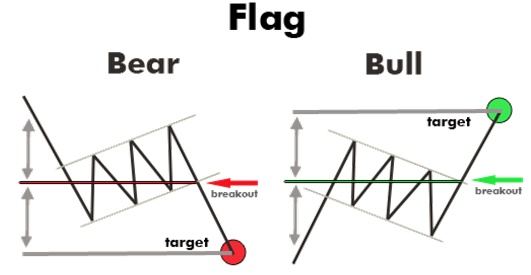 The minimum price projection of the flags pattern can be calculated by taking the length of the flagpole and adding it to the breakout level toward the flagpole. However, you should also consider the support level and the overall resistance level on the chart to consider where the level to take a portion of the profit (profit).

Tweet
Forex Signal 30 is the best forex system since 2009 and has been used by thousands of traders from around the world to generate profit in forex trading. This system is created by our team of Brilliant Forex Signal Team, this system is made as simple as possible for beginner and professional traders.
« Prev